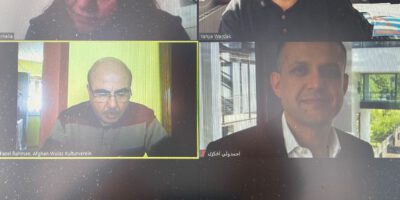 Afghan migration to Europe dates back to the 19th century.  The peak of immigration was reached in 2015. Many of the Afghans coming to Europe cannot read and write. Even in Afghanistan itself, only around 20 to 30% of the population can write texts. In 1964, Dari and Pashtu were designated as the official languages. Migrants in Europe are taught in the respective national language. Many young Afghans speak excellent German, Danish, Swedish and other European languages.
But since there is little support in promoting the language of their parents and grandparents, they quickly lose the ability to express themselves in their mother tongue in a qualified manner. Our project would like to enable the second generation of migrants in particular to be able to talk to their own grandparents or parents.  Our project wants the organizations that offer an Afghan language to exchange ideas and learn from each other in order to be able to offer qualified lessons for learning an Afghan language.